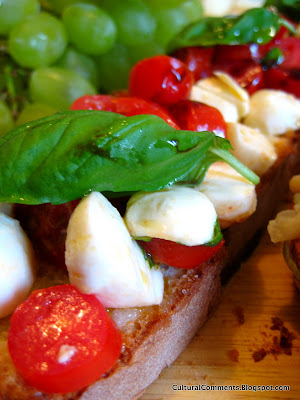 This summer, a trip to Simon Boca Negra, an amazing foccaceria in Sarzana, inspired us to make an aperitivo of varied bruschette. This is a fun and easy dinner to throw together for yourself or for a party and the possibilities are limited only by your imagination!
Continue Reading
6 comments:

Email ThisBlogThis!Share to TwitterShare to FacebookShare to Pinterest
Labels: A day in the life of..., Food, Homemade, Italian lessons, Italy, Recipes