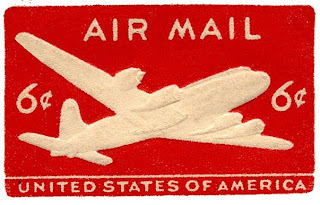 April 25 is a national holiday in Italy.

In my day-to-day business, all I have heard this week is "Mercoledì è festa" (Wednesday is a holiday) and who is going where on vacation. But does anyone ever think of what this date means to their lives? Probably not.

25 April 1945, was the day the people of Italy were liberated from their Nazi occupation and it forever changed the course of their lives. In La Spezia, there is a very rich history of WWII stories, as it was the main naval base for northern Italy. L'Aresenale was not only a large Mediterranean port, it also housed the Italian ammunition bunkers, a large ship repair port and it was the seat of the German occupation for the area.

Every day, I drive past the fortified Marina Militare (Italian naval base)--the walled-up naval port and the gated, camouflaged and video surveilled bunker burred into the mountain side on the road to Portovenere.

That being said, I never knew any actual WWII stories involving La Spezia or the surrounding area. That was until I read the most amazing stories from A Path to Lunch, a blog by two local Americans that have been living just over the hill from me for the last two decades. I send you now to two of their posts, Liberation Day: The Ameglia Executions and Liberation Day and The Liberation of America.

The first story is of 15 Italian-American soldiers that were executed by Germans in the village of Ameglia in 1944. This was a crucial offense that set a precedent at the Nuremberg trials for the inability to use 'superior orders' as a defense and led to the very first trial and execution of a Nazi general. Please read the rest of the story here.

The second piece has more stories of key battles in the surrounding area, the location of the worst massacre in Italy that inspired the story from the film "Miracle at St. Anna" and the fascinating and important history of the 'alternative' infantries that fought bravely against all odds and won the final battles that led to this national Italian holiday. Please read this article here.

Email ThisBlogThis!Share to TwitterShare to FacebookShare to Pinterest
Labels: A day in the life of..., Cultural Comments, Italy, Travel