A Day of Remembrance 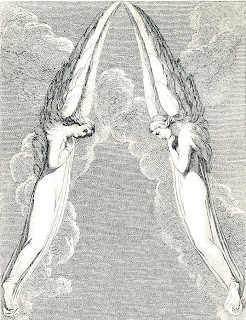 Today was definitely a new experience for me. We all went to mass at the church in Petrosino for a service for Leo’s uncle that passed away a year ago tomorrow. We (Leo, myself, his parents, one of his aunts, cousin, cousin’s wife and their 2 kids) all got to the church at the same time and missed out on all the seats. Leo’s parents went to squeeze in next to his aunt Maria (the widow) and the rest of us stood in the alcove behind the pews.

The church was ornate with several chandeliers made for candles, but modernized to use bulbs. This church wasn’t as ornately decorated as I’m used to seeing, but it was lovely inside. The priest’s voice boomed through the expansive interior, aided by several speakers along the ceiling. I couldn’t understand the service, but I never can when there is an echo. So I decided to people watch.

There was a couple sitting right in front of us and the wife was holding an adorable little baby girl. After a while, as the husband took the baby, I observed their interactions with each other and found them to be very sweet. He was also sitting next to his mom, who was the next in line to hold the baby. It was interesting to watch their dynamic--he was loving and playful with his wife, devoted and attentive to his daughter...but totally attached to his mother. It was funny to watch their body language; he sat closer to his mom, nearly arm in arm in her, yet there was a good amount of space between he and his wife. So typical, it is one of those cultural things. I see it in nearly every couple here. The bond is between the mother and the son, and the wife seems secondary. Of course, there are plenty of exceptions to this (like mine, thankfully), but from what I have seen in this town, it is more often than not. And who spends more time raising the kids? La Nonna (grandma)! 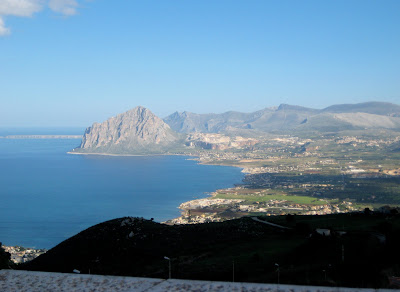 Here in Sicily, Sunday is the day you have lunch with your family. It doesn’t matter what is going on or how busy you may be--you always go home for Sunday lunch (not lunch by US standards, though. This lunch lasts a good 4 hours). So in that fashion, another Sunday has passed, filling our bellies with pasta al forno (baked pasta), carne impanata (thin slices of steak, breaded and pan-fried), salad and pasticini (little Sicilian pastries usually filled with ricotta cheese). I brought a kilo of chestnuts to roast with wine, but there was no way--we were too full!

As usual, after all the eating, chatting and washing dishes, we got home around six. And as usual, we didn’t feel like doing anything else for the rest of the day. In the US, you don’t feel like doing anything on Sunday because it’s the day to be lazy. But here, you don’t want to do anything because you’re so full you can’t move. So Leo and I spent the rest of our evening either watching TV or surfing the internet.

We had been wanting to see a film called “Viola di Mare” (Purple Sea) that had just opened. Not only is it one of those beautiful, artistic, independent films, but it also is a completely female production. Written, produced and directed by women (no small feat, especially in Italy). Even the two protagonists are women, in love with each other in a time when that was punishable by death. Plus, it was a period film shot locally, so we had to see it! Around 10:00, we dragged ourselves out the door, stopped at a local bakery for some arancini (a typical Sicilian finger food, they are saffron rice balls, filled with ragú, coated in breadcrumbs and fried--sounds weird, but they’re so good) and headed to the theater.

I hadn’t been to an Italian movie theater in few a years, so I was curious if they were going to stop the movie half way through for intermission like they used to do. I always hated that because it interrupted the flow of the film. I am a very particular person when it comes to watching movies. I don’t watch a movie as just a member of the audience--I like to get completely engrossed and lose myself in a good story. My physical reality falls away and I become a witness or a voyeur in an alternate reality. For that reason, I hate interruptions like that--even talking, the blue glow of cell phones lighting up, bad acting, incessant pausing (you know who you are)--anything that severs me from the story and brings my attention back to my surroundings. So, fortunately, the movie played all the way through without the intermission.

I really enjoyed the film. It was visually beautiful, the story was engaging and moving and I was completely absorbed in it.  When it ended, I had tears streaming down my face, and this is the most important part for me--the few minutes at the end, when I linger, in the dark, watching the credits roll. I let my psyche digest what I just saw, I come back to reality and discreetly compose myself (as I’m usually crying). Unfortunately, I didn’t get that digestive pause. As soon as the credits started rolling, the full house lights turned on, flooding the theater with harsh, fluorescent light. I felt shocked and exposed. Everyone was jumping up and leaving, and slightly disoriented, I too, jumped up to leave as if the theater was being evacuated. Then I thought, wait, where’s the fire? I want to see the credits. So my husband and I sat back down to finish watching the credits, as we normally do. But just then, as the credits got half-way through the cast, they turned off the projector!! And there we sat, in front of a dark screen--shocked, confused and feeling a little robbed.

Okay, I understand that we’re not in Los Angeles anymore, and it’s not The Arclight theater... Seeing a movie in Los Angeles is serious business. The picture and sound have to be perfect, interruptions are taken care of and everyone stays to watch the credits. Why? Because these are the people that actually make the movies. And if not, then they know how much work goes into it and they are interested in who made it, or know someone who did. Of course, I don’t expect the same here, but seriously, turning off the credits before it’s half way over? That’s not right--and maybe not even legal.

We looked at each other, shaking our heads, and got up again to leave. We walked out through the heavy curtains, and I was still feeling out of sorts. Without those precious moments for my brain to re-file my experience from reality to fiction, I was in a sort of fog. As we exited the theater, which basically dumps you in the middle of a busy street, a loud scooter zoomed by in front me, as if to yell “HEY! SNAP OUT OF IT!!”.  But I couldn’t--I was so caught up in the story it was like I was still there. What a great film.