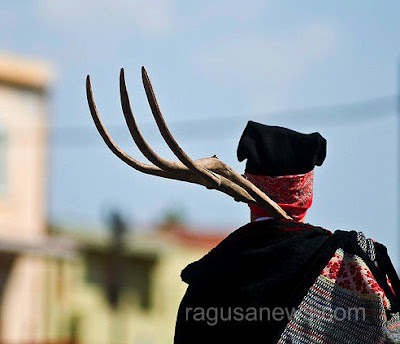 It’s called the Movimento dei Forconi, or the Pitchfork Movement. It started as an uprising by the farmers because the cost of transporting food in and out of Sicily surpassed the actual price of the food. In complete disgust and a general consensus of being fed up with the multiple tax increases and lack of pay, people took to the roads and freeways to block any further transport. It was then fully supported by truck drivers. It started as a protest, turned into a demonstration and quickly spread across the island into a full revolt. Now, more than two weeks into the complete blockage of transport, most grocery stores, from the neighborhood market to the huge supermarket have baren shelves and all the gas stations on the entire island are dried up.

The beginnings of this “revolution” was kept rather hush hush. The national news refused to cover the story, either because they didn’t think it was serious, or more likely, they didn’t want the idea to spread. But thanks to the internet and again, Facebook, pictures, reports and videos spread like wildfire and most of the country knew about the revolt before the news said one word about it. Now of course, they keep constant updates on the ‘situation’ in Sicily, but what they feared the most was inevitable--the idea caught on. Now, truck drivers are parking their rigs from Trentino to Ventimiglia, blocking the borders and preventing transport. Here in my city, there are already lines at the gas stations and there have been warnings to fill up our cars in case we don’t have gas for a while. 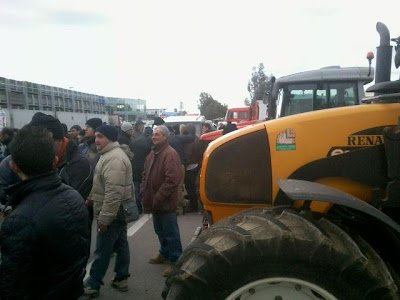 Yesterday, tragedy struck in Asti, when an Italian truck driver was literally driven over by a German woman truck driver. The man, a husband and father, felt obligated to join his follow drivers in protest of the unbearably high costs. The German woman was heading back after picking up her load and was being directed to a parking area by the man, to sit out the protest. He was also trying to explain to her with gestures, the reason for the protest, when all of sudden, the truck lurched forward and drove over the man, killing him instantly. She insists that she did not see him. Investigators are trying to figure out if it was an accident and she didn’t see him, or if she was trying to intimidate him from blocking her. Either way, the incident is quite the metaphor for what is going on politically at the moment. Italy has taken the harsh imposing of a series of back-breaking taxes and monetary adjustments to appease the demands of Germany and get our credit rating back to normal. In a mere four months, Monti has made Italy’s numbers almost better than Germany’s numbers and our banks are more stable—but there is still no sign from Germany that they approve. So in this truck driver incident, it is easy to see that the man mowed down represents the Italian people and the woman driving the truck represents Angela Merkel. We’ll see how things unfold in the next few weeks. 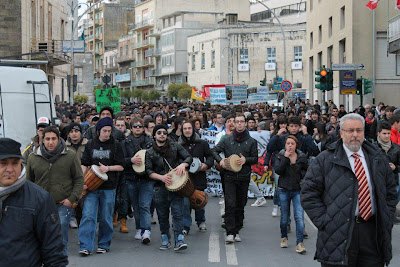 Back in Sicily, today is a big day. As I write this, people are pouring into Piazza Politeama in Palermo for a massive demonstration. The governor of Sicily is to meet with our new Premier Mario Monti in Rome to discuss the Forconi Movement and their demands in lowering costs for things like gas and electricity. Hearing descriptions of the demands from Sicilians make it sound more like hostage negotiations than political discussion. And, in a way I guess it is...they have held Sicily hostage and are refusing to let go until their demands are met. So in a show of support for this meeting, the demonstration congregating in Palermo is expected to surpass more than 10,000 people.

I don’t have high expectations for their ‘demands’ being met, but you never know...I am curious to see if they can get anything out of this. Stay tuned...

For further reading, there is an excellent article by renowned author, Joanne Nova here.

February 3, 2012: As of now, there is absolutely zero coverage of the situation in Sicily. The Italian news has decided to discuss only the Costa cruise ship tragedy and the juicy gossip of the captain and a young blond thing keeping his attention. But, straight from the horse's mouth (owner of a grocery market in Marsala) deliveries are being made and the shelves are no longer empty. There has been no word on the demands of the Forconi being met, and I doubt that any were. The unfortunate truth about this uprising, is that it really only hurt the Sicilians, because it was only Sicilian grocery stores running out of supplies.

I expected a silver lining of local producers getting more business due to the blockades, but according to the grocery store owner, price gouging has become the thing to do. Italians never miss an opportunity to take advantage of a situation and Sicilians are no different. The prices at the pump have remained elevated, even though supplies have now returned. In the end, I don't know how much will have changed or how much affect the revolt had. But they are not giving up and tomorrow there is an 11 o'clock press conference planned at the Hotel Savoia in Monreale, just outside of Palermo. They will be discussing their plans for a protest involving "all of Sicily that will extend to the entire of Italy." We'll see about that.