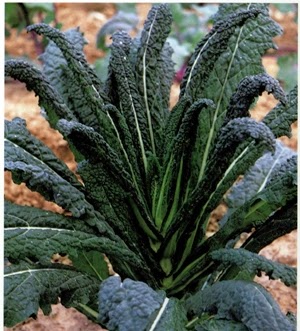 If you frequent Pinterest or any healthy/Paleo food blogs, you are aware of the recent Kale Chip craze. Picture after picture of crunchy, curly kale looked so good to me and I wanted to try it. But that lush, curly kale just doesn't exist in Italy. I certainly haven't seen it, even after searching far and wide. What I did find, however, was a very dark veggie with long flat spears that look just like, well, spears. I discovered that this "cavolo nero" or black cabbage, is called Dinosaur kale in English. The flavor is very similar to curly kale, but it is a bit stronger and mostly stalk with very little tender leaf. I'm not sure how it compares to the curly variety nutrition wise, but eating it makes me feel very strong and healthy! I even suspect this is what was in Popeye's spinach cans!! 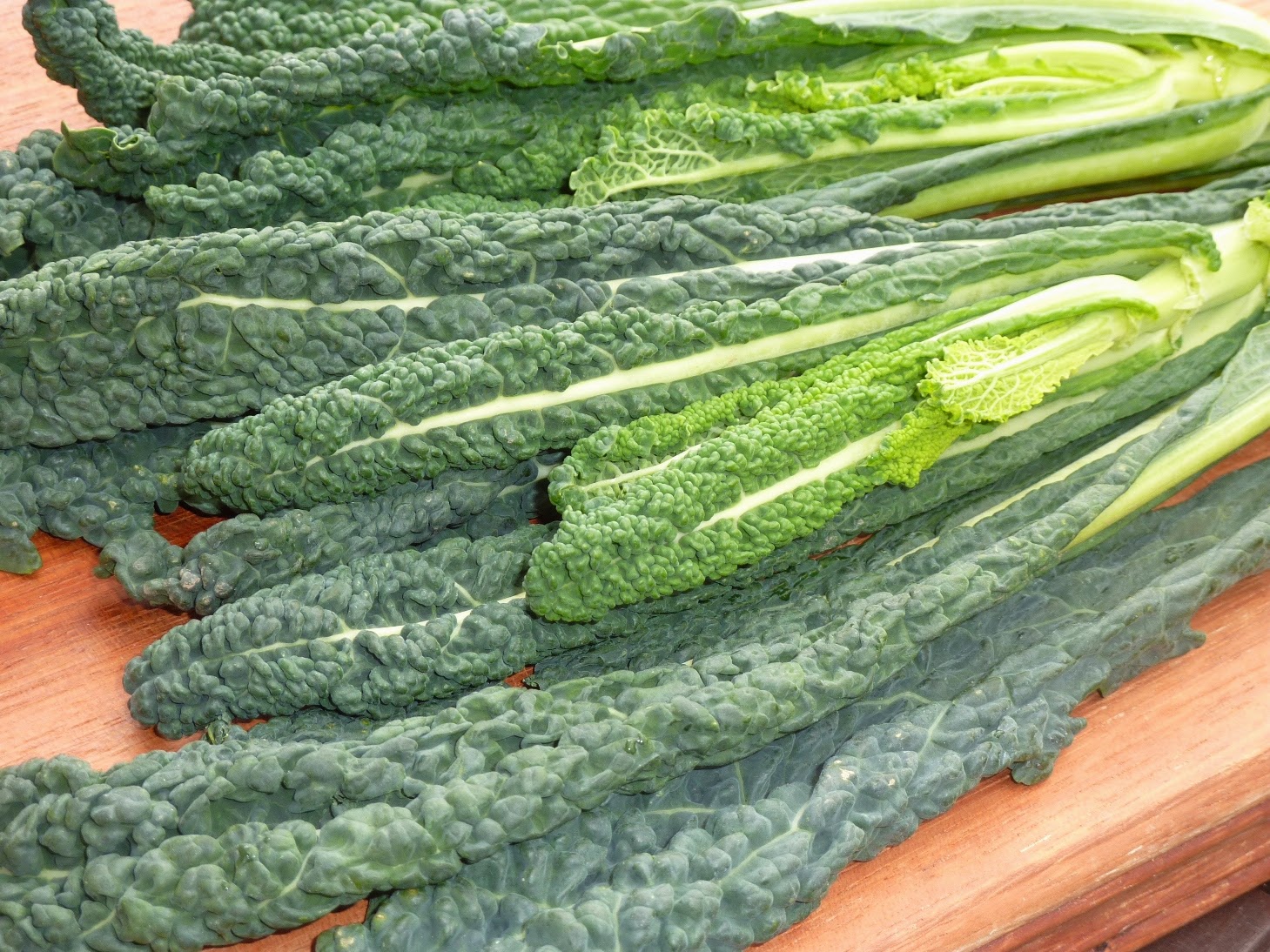 I decided to buy a big bunch and gave these chips a try. Again, I referred to the fabulous Elena's Pantry as my guide: http://www.elanaspantry.com/lemon-kale-chips/ 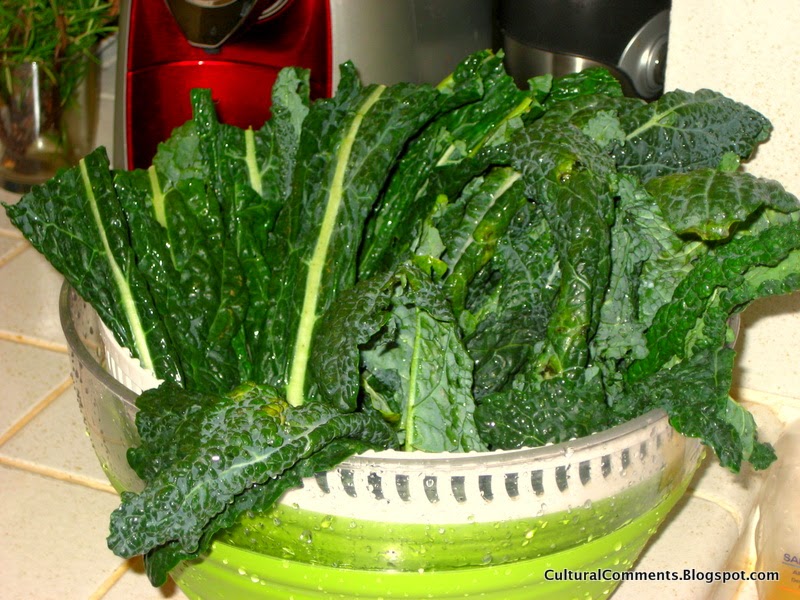 Prep was super simple, I just took the long (washed) spears and gave them a toss with a drizzle of olive oil and fresh squeezed lemon juice. I laid them out on parchment paper, sprinkled with salt and pepper and popped them in the oven. Dinosaur kale, just like the curly kale, has a hard stalk that doesn't crisp but gets very rubbery in the oven. Make sure to slice out the stalk and just bake the tender leaves.

So how were they? Absolutely delicious!! I mean, these were surprisingly good. Elena says on her site that her kids eat these kale chips up like crazy, and now I totally get it. In fact, after baking them all up, there was barely anything to show for it. I have a very tiny oven (it's a big toaster oven, really--yet another "joy" of my Italian kitchen), so I had to make many small batches. This meant that my husband and I pretty much devoured each batch as it came out, leaving us with next to nothing at the end. That's how good they were! 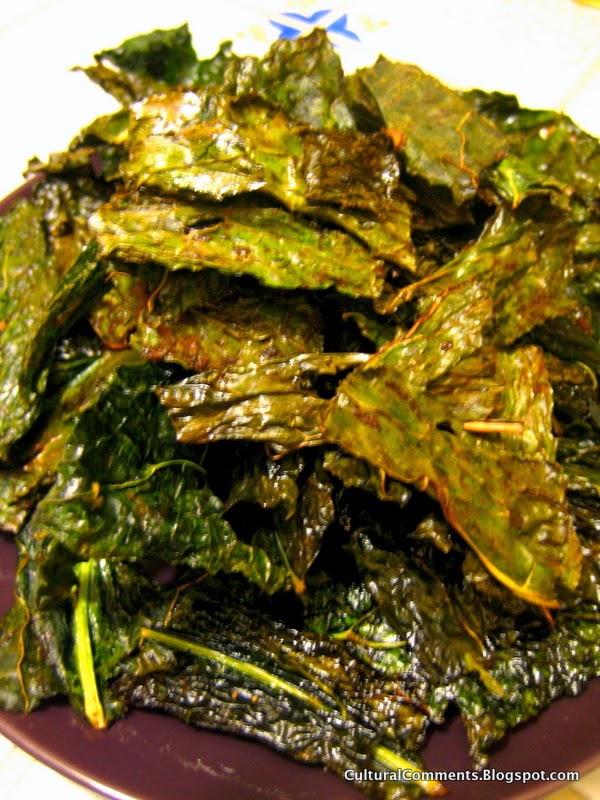 We are both crazy for anything crunchy and these are light, salty, tangy and super crunchy. Not to mention an excellent way to get your greens! They are not pretty by any means, as you can see, but they are very delicious.

I have also tried this kale in the juicer with a couple ripe kiwis and an apple and it was absolutely delicious! I couldn't believe it was so enjoyable. Try some yourself!