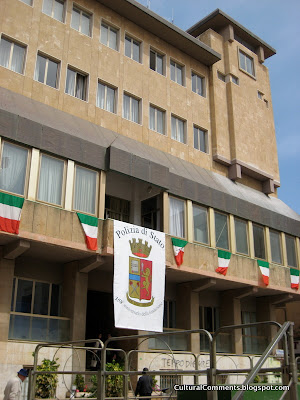 Today was the official 150th anniversary of the Polizia di Stato (Italian state police). Which is also ringing in the 150th anniversary of Italy as a state in general. You may not know this, but Italy, as a unified country, is younger than the United States of America. Those of you have been to Italy have seen or heard of Piazza Garibaldi. Every city has one—Garibaldi was the unifier of Italy, conquering numerous principalities, reigning monarchs and an overly powerful church, bringing it all under one united state in 1861. So, in celebration of the anniversary of the state police, all across Italy each city had a ceremony with the pomp and circumstance you would expect from the descendants of Romans. Mazara del Vallo was of no exception and my husband and I were lucky enough to stumble upon it. 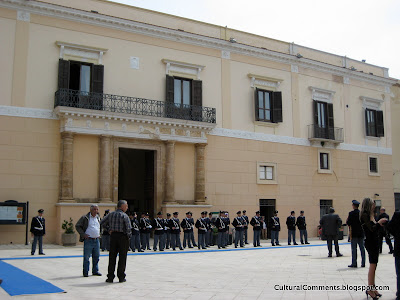 Such an important occasion brings out all sorts of people. There were those dressed to the hilt for the occasion, the presenters, the passers-by and the unknowing tourists curious of what spectacle they stumbled upon. 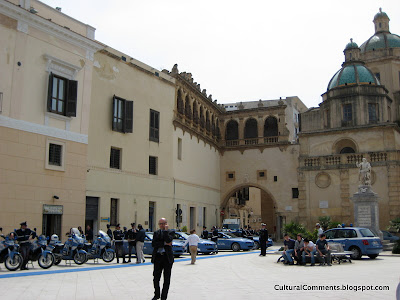 My favorite part of the whole thing was watching the interaction between the townspeople. Little things like this give a glimpse into a culture. I quickly moved passed the long line of blue and white police cars and motorcycles and focused on the much more interesting local color. I was able to get a great Sicilian street shot. Men standing around chatting it up, a short round priest, talking to a cop and a random gesture from some guy we can't see. It's got it all--even a trumpet! 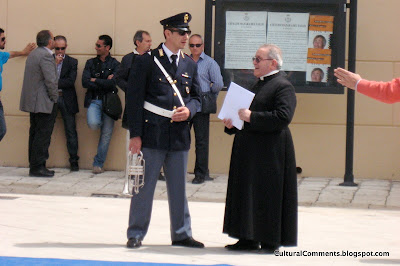 These men leaning against the wall are totally classic Sicilian men, just hanging out, waiting for something gossip-worthy to happen. And no, their freshly ironed button shirts, crisp pants, polished shoes and perfect hair is not for this special occasion—it’s everyday attire. You won’t see t-shirts and crocs around here. And hello, the short little priest? Was I on the set of a movie? No…just life imitating art…imitating life. And I love that gesture that snuck its way in. Classic. 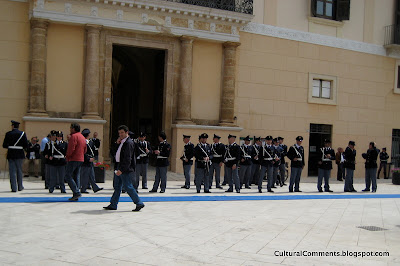 But, instead of seeing the ceremony through, we continued on with our main reason for being out that day. GELATO!! It was the first hot day of the year and gelato al melone (cantaloupe) was calling my name. So much for awards and patting each other on the back; it was time for some ice cream. 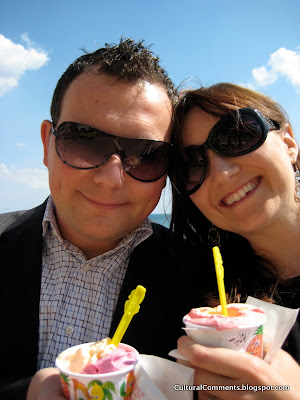