This comes from a collection of cynical writings I did while at University in Wisconsin.
These are "Tales From the Tundra, circa 2000: 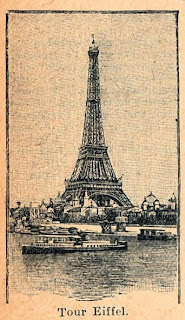 Ever since I first stepped foot in Central Wisconsin, I have seen these green bumper stickers on the back of beat up, rusted out American cars that read: “NO WAY PERRIER!” And ever since I saw the first one, I have wondered what it meant. Was it something against that damn bourgeois sparkling water, a statement against those damn Frenchman that come to our country to have sex with our wives, or was it something totally unrelated? I have wondered this for so long, yet everyone I asked didn’t have the faintest clue as to what I was talking about. By the end of this last semester here, I had completely given up on my quest for truth.

Low and behold, my first night out with my friend last weekend, an older man next to me at a bar struck up a conversation with me. After a while of discussing random topics with this old man (whom was quite talkative after throwing a few back), he brought up how Point Beer (the local Stevens Point brewery) used to taste really good until the city made them switch from natural spring water to city water. He explained that there is a naturally occurring spring not far from Stevens Point that produces some of the purest, cleanest and most mineral rich water. Then he told me that it became so popular that Perrier wanted to build a plant nearby to bottle the water. Well, the townspeople did not like that idea! They didn’t want those damn French people to take all their water! Thus the bumper stickers creatively displaying their dismay with a strong statement like: “NO WAY PERRIER!”

I told the man how delighted I was to finally know what that bumper sticker meant, and he was happy to have helped me. Then I pointed out that it was good to know that Perrier really bottles natural spring water, but he didn’t seem to appreciate that idea. Plus, telling him how much I loved France and French people didn’t really help either. He wasn’t very talkative after that.

You think he had one of those bumper stickers?